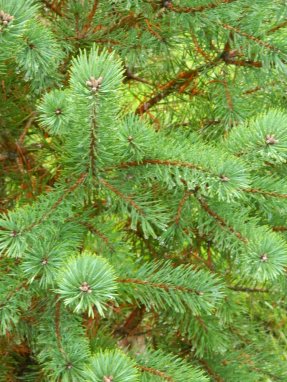 Why, Scott wondered, do some people—as it turns out, a lot of people—condemn or belittle the motives of someone who does something generous and expansive? He asked, “When we condemn random acts of kindness, what is it we are actually supporting? Who cares WHY someone might do a nice thing?”

Scott ended his story with this plea, “There are plenty of negative stories in the world. So if I can ask one favor of everyone this holiday season, please reward a positive story with a positive comment, emoji, or otherwise happy reaction.”

This made me curious about the responses this article would generate. So I clicked to the comments—something I never do with online news stories. I couldn’t imagine that anyone would find something to criticize in this straightforward and heartwarming little article. So I clicked.

Well, haters gotta hate, as they say, and several people weighed in with hateful comments that attacked not just Mr. Clark but whole groups of people. And that, of course, led to commenters attacking other commenters and engaging in back-and-forth name-calling. It is so disheartening. What is going on?

You might remember that shortly before the midterm election I posted a message on this blog asking us all to think about how we would respond to the election results—whether they went the way we wished or not. I expressed the hope that we could be civil with one another in victory or defeat. It was really fairly innocuous, but it was something I felt strongly about.

The comments made to that post were universally thoughtful and respectful. I’m sure there were readers who had strong feelings—perhaps in disagreement with my opinions—but they did not attack me or call me names. As a matter of fact, in four years of blogging, I have not received one disrespectful or rude comment, not one. There was one person who sent me an anonymous message through my website’s “contact me” link, saying, “This is a load of crap,” but he sent it privately rather than posting it as a comment. Of course, to post a comment on WordPress, one must register, thus removing anonymity, and anonymity is a troll’s best friend.

I had felt very strongly about our collective post-election response, so in addition to the blog message I posted, I also wrote opinion pieces with similar thoughts but different angles and sent them to some newspapers. I was delighted and surprised that both The Seattle Times and The Washington Post accepted them and ran them shortly before the election.

I’ll admit I was rather proud to see them (The Times is my local paper, and, I mean really, The Washington Post!). I was curious to see if there would be any comments. I really didn’t expect many. After all, who’s against civility? So, I looked.

Holy bananafish! It seems there are a lot of people who take issue with civility. A whole lot. When I looked at the Post comments there were already 224 of them. The writers (most anonymous) attacked me (she obviously doesn’t care who wins or loses … she must be a Republican … here’s another liberal snowflake…), and then they attacked other commenters, who then trash-talked back. Yes, there were a few comments that agreed with my premise and my message, but they were vastly outnumbered by the trolls. Well, I can’t say this for sure, because I stopped reading after the first couple dozen comments. I had to go wash my hands to rid myself of the negativity. I took a look at the Seattle Times comments and it was pretty much the same. Again, I didn’t get all the way through.

These experiences have reinforced my resolve not to click on or read negative messages online. Not to contribute to the malevolence. Sometimes, we don’t know we’re encountering something slimy or negative ‘til we’re already there, but as soon as I realize I have, I depart (and usually go wash my hands).

It has also strengthened my appreciation for the blogging community, where—in my experience—civility is the norm. We don’t always agree with one another, but we disagree respectfully and often articulately.

I don’t understand the people who talk trash, name-call, and belittle others online (or anywhere else, for that matter). Is it cynicism, envy, anger, fear … or something else? I don’t understand what they get from it or how they are fueled by engaging in hateful and hate-filled behaviors. But there seems to be a sizeable number of such people and I greatly fear that they do not want to see unity or cooperation in their country or their communities. They do not want to restore civility or promote inclusion. Just what is it they do want?

I don’t understand. And I probably never will.

“At times our own light goes out and is rekindled by a spark from another person. Each of us has cause to think with deep gratitude of those who have lighted the flame within us.” (Albert Schweitzer)

22 thoughts on “Call Me Bewildered”