“If we cannot reconcile all opinions, let us endeavor to unite all hearts.” ~Nicholas Vansittart 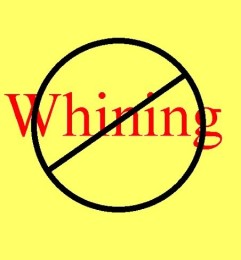 Four years ago, in anticipation of a victory by Hillary Clinton and the expected resistance by Donald Trump to accepting defeat, I posted a message very similar to the one below.

Though my confidence in a Clinton victory was unwarranted, here we are four years later with a Trump unable to accept Joe Biden’s win. So, with a bit of editing, I once again share these example of men who exhibited grace and civility in the face of painful loss.

After an election season that showed us new lows in human behavior, a similar gesture by Mr. Trump would go far to restore civility and begin to rebuild unity after four years of strife and acrimony. It would also strengthen our precious but weakened democracy.

The likelihood of such a gracious act is about equivalent to me fitting into a size 8. It would require on Trump’s part a temperament able to look beyond his mirror to a nation in pain. It would require that he cared about someone, or something, other than himself.

Still, this reminder of how good men lose graciously may assure us all that goodness will ultimately prevail. 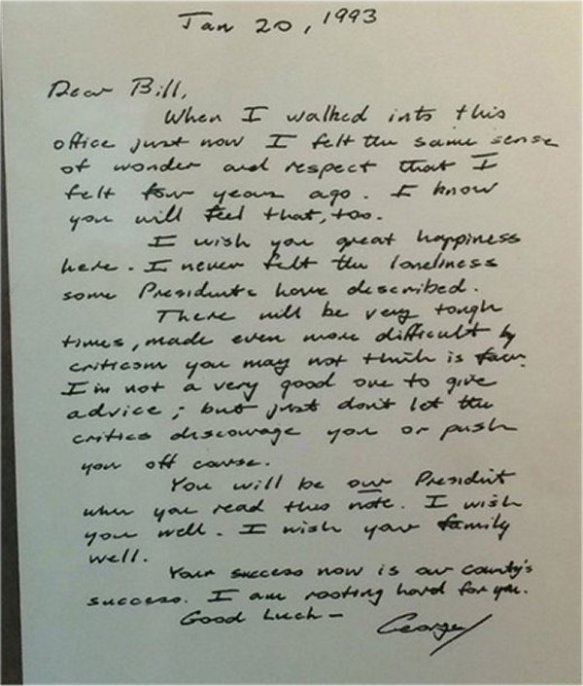 Good evening. Just moments ago, I spoke with George W. Bush and congratulated him on becoming the 43rd president of the United States — and I promised him that I wouldn’t call him back this time.

I offered to meet with him as soon as possible so that we can start to heal the divisions of the campaign and the contest through which we just passed.

Almost a century and a half ago, Senator Stephen Douglas told Abraham Lincoln, who had just defeated him for the presidency, “Partisan feeling must yield to patriotism. I’m with you, Mr. President, and God bless you.”

Well, in that same spirit, I say to President-elect Bush that what remains of partisan rancor must now be put aside, and may God bless his stewardship of this country.

Neither he nor I anticipated this long and difficult road. Certainly neither of us wanted it to happen. Yet it came, and now it has ended, resolved, as it must be resolved, through the honored institutions of our democracy.

Over the library of one of our great law schools is inscribed the motto, “Not under man but under God and law.” That’s the ruling principle of American freedom, the source of our democratic liberties. I’ve tried to make it my guide throughout this contest as it has guided America’s deliberations of all the complex issues of the past five weeks.

Now the U.S. Supreme Court has spoken. Let there be no doubt, while I strongly disagree with the court’s decision, I accept it. I accept the finality of this outcome which will be ratified next Monday in the Electoral College. And tonight, for the sake of our unity of the people and the strength of our democracy, I offer my concession.

I also accept my responsibility, which I will discharge unconditionally, to honor the new president elect and do everything possible to help him bring Americans together in fulfillment of the great vision that our Declaration of Independence defines and that our Constitution affirms and defends.

Let me say how grateful I am to all those who supported me and supported the cause for which we have fought. Tipper and I feel a deep gratitude to Joe and Hadassah Lieberman who brought passion and high purpose to our partnership and opened new doors, not just for our campaign but for our country.

This has been an extraordinary election. But in one of God’s unforeseen paths, this belatedly broken impasse can point us all to a new common ground, for its very closeness can serve to remind us that we are one people with a shared history and a shared destiny.

Indeed, that history gives us many examples of contests as hotly debated, as fiercely fought, with their own challenges to the popular will.

Other disputes have dragged on for weeks before reaching resolution. And each time, both the victor and the vanquished have accepted the result peacefully and in the spirit of reconciliation.

So let it be with us. I know that many of my supporters are disappointed. I am too. But our disappointment must be overcome by our love of country.

And I say to our fellow members of the world community, let no one see this contest as a sign of American weakness. The strength of American democracy is shown most clearly through the difficulties it can overcome.

Some have expressed concern that the unusual nature of this election might hamper the next president in the conduct of his office. I do not believe it need be so.

President-elect Bush inherits a nation whose citizens will be ready to assist him in the conduct of his large responsibilities.

I personally will be at his disposal, and I call on all Americans–I particularly urge all who stood with us to unite behind our next president. This is America. Just as we fight hard when the stakes are high, we close ranks and come together when the contest is done.

And while there will be time enough to debate our continuing differences, now is the time to recognize that that which unites us is greater than that which divides us.

While we yet hold and do not yield our opposing beliefs, there is a higher duty than the one we owe to political party. This is America and we put country before party. We will stand together behind our new president.

As for what I’ll do next, I don’t know the answer to that one yet. Like many of you, I’m looking forward to spending the holidays with family and old friends. I know I’ll spend time in Tennessee and mend some fences, literally and figuratively.

I’ve seen America in this campaign and I like what I see. It’s worth fighting for and that’s a fight I’ll never stop.

As for the battle that ends tonight, I do believe as my father once said, that no matter how hard the loss, defeat might serve as well as victory to shape the soul and let the glory out.

So for me this campaign ends as it began: with the love of Tipper and our family; with faith in God and in the country I have been so proud to serve, from Vietnam to the vice presidency; and with gratitude to our truly tireless campaign staff and volunteers, including all those who worked so hard in Florida for the last 36 days.

Now the political struggle is over and we turn again to the unending struggle for the common good of all Americans and for those multitudes around the world who look to us for leadership in the cause of freedom.

In the words of our great hymn, “America, America”’: “Let us crown thy good with brotherhood, from sea to shining sea.”’

And now, my friends, in a phrase I once addressed to others, it’s time for me to go.

“Courage. Kindness. Friendship. Character. These are the qualities that define us as human beings, and propel us, on occasion, to greatness.” (R.J. Palacio)

This site uses Akismet to reduce spam. Learn how your comment data is processed.