“Kindness is in our power, even when fondness is not.” (Samuel Johnson) 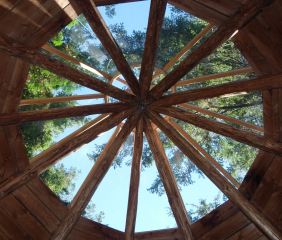 My mother could be remarkably kind, but she also could be startlingly unkind.  And the change from one behavior to the other could be as fast as a green light switching to red—without the warning amber light in-between.  The kind Connie was always the one I hoped to see, but occasionally the other Connie could be a hoot-and-a-half.  I think she knew it and kept that part of her at the ready for when she wanted to surprise people who thought they had her pegged.

When I was in high-school, she worked as a receptionist and scheduler in a large medical practice.  She told me once that when people were rude or impatient with her, she made it a goal to turn them around by “killing them with kindness.”  She would answer a scowl with her brightest smile, a hostile comment with sympathetic and serene understanding.  She would look for ways to help—whether a glass of water, a compliment, or generous use of their name.  She told me that frequently when these people left, they made it a point to stop by her desk and thank her for her kindness.  Sometimes—though not often—they even apologized for being short with her.

I remember asking her if it wasn’t hard to be nice to people who were so unpleasant to her.

She told me, “No, I look at it as a game.  I win if I can remain nice in the face of their rudeness.  And I win even more if I can influence them to change their behavior.”

For some reason I remembered her words many years later when a few of my company colleagues and I were staffing a large 4-day conference for one of our association clients.  On the second day, one of our team came to me and asked if I could help them deal with a woman who had been giving them nothing but grief from the moment she checked in at the registration desk the day before.  She had complained about the parking at the hotel, the cost of the conference, the complexity of the conference brochure, and even the distance to the restrooms.  Today, she was upset because there were two breakout sessions that she really wanted to attend, but they were at the same time, so she could only attend one.

As I was walking up to her, I remembered my mother’s strategy and thought I’d give it a try.  After I introduced myself and asked how I could help, she declared that the conference was a huge disappointment and had obviously not been planned well.  She wanted to attend two sessions that were being offered at the same time.  Why, she asked, weren’t we repeating sessions, so she could go to both?  Or, failing that, why didn’t we tape all the sessions so she could get a recording of the one she couldn’t attend?

I did my best to empathize with her frustration and explain why neither of her ideas—while entirely reasonable—had been practical for this conference.  Mostly I listened and absorbed her dissatisfaction.  When she finally headed off to attend the session, I breathed a sigh of relief, but didn’t especially feel that I had accomplished what I set out to do.  I wondered if there was more I could do to turn this woman’s negativity around.

As it happened, the session she was unable to attend was on a topic I had some understanding of and interest in.  I checked with the team to see if they could do without me for 90 minutes and headed to the room where the class was being held.  I picked up two sets of the handouts and sat down to listen.

When it was over, I headed out to look for the woman our staff and some of the volunteers had dubbed “Nasty Nancy.”

I saw her sitting by herself in a chair by a window.  I asked if I could join her.  She nodded curtly.  I then handed her the handouts from the session she had missed and told her I had attended it and would be glad to share with her what I thought were the key points.  Her eyes widened and after a long pause she eagerly accepted.  I pulled out the notes I had taken and started sharing some of the speaker’s concepts that had struck me.  She pulled out a pen and started making notes.  Then she asked—almost shyly—if I would be willing to share my notes with her.  I looked at my messy notes and then at her, “If you can read my handwriting, you’re welcome to them.  I’ll get a copy made and have them for you at the registration desk after lunch.”

She thanked me—not profusely, but genuinely—and asked me more questions about the session I had attended.  Mission accomplished, I thought to myself.

For the remainder of the conference, there were no more complaints about “Nasty Nancy.”  She sought me out a few times, and once, after she had joined me at a lunch table, she admitted that she had never been to a conference this large before and she was a bit overwhelmed by the crowds and the choices.  I remembered the first big convention I had attended and identified with her anxiety.  Once I saw Nancy’s behaviors as a response to her fear, I saw her in a new light.

I suspect Nancy still responds with aggression to situations where she feels uncertain or fearful, but maybe she’s learned some new strategies.

What Pushes Your Buttons?

I wonder if we would all be kinder if everyone walked around with thought balloons above our heads describing our circumstances:  “I’m scared.” “Just broke up with my girlfriend.”  “Haven’t a clue what to do next.” “I don’t wanna look stupid.”  What is your thought balloon saying when you feel the impulse to lash out or act unkindly?

I wonder, also, how many similar opportunities to “kill ‘em with kindness” I’ve missed because I was in too much of a hurry, too lazy, or simply oblivious.  Perhaps I can practice being more mindful and better able to recognize and respond in the future.  It felt good and it was a good learning experience.