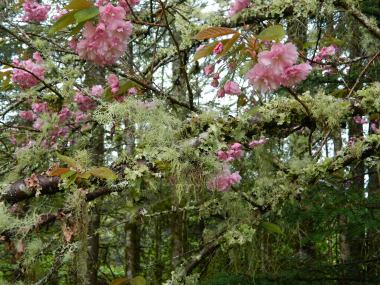 I don’t have children. When asked why, I usually respond with a line from my favorite David Mamet movie,  State and Main, “I’ve never seen the point of them.”

Yes, that’s a glib answer, but it has the desired effect: widened eyes and no further comment. Sometimes, the inquisitor takes a step or two back from me. I’m okay with that, too.

It’s not that I don’t like children, but I have never felt the need or desire to have any of my own.

All that being said, I am pinning my hopes for the future on the youth of today. We’ve screwed up the world royally. I hope they can fix things before it’s too late.

Some recent examples that give me hope:

A young man from Norwalk, Ohio, Ethan Lindenberger, is in the process of getting vaccinated for all the diseases he should have been protected from as a child. However, his rabidly anti-vax mother refused to allow him to have any vaccinations, claiming they cause brain damage and autism. Ethan has now reached the age where he can make his own medical decisions, and he is initiating the vaccinations that should have been routine in his early childhood: polio, measles, mumps, rubella, hepatitis, chickenpox. He comments: “God knows how I’m still alive,”

His mother is still trying to talk him out of it, claiming that he is merely acting on teenage rebellion. She says his defiance of her on this is an insult and a “slap in the face.”

The NPR story concludes by noting: “While he doesn’t question his mother’s love, Lindenberger said he questions her judgment.”

Fifth graders at Parker Elementary School in Elk River, Minnesota, started a Kindness Club last year to counter the bullying they were seeing. Student Ady Bollinger, who first suggested the club, said they wanted kids to feel safe in school. They also want to stop bullying and improve self-esteem. The club has initiated several kindness projects: a bucket into which people can drop notes describing acts of kindness they have seen—these are later read during school announcements; a Buddy Bench on the playground where students can sit if they feel alone and want to be invited to play with others. It seems to be working, there is less bullying and students throughout the school are sharing small kindnesses.

There’s nothing special about this little story—and that’s what makes it remarkable. Kindness initiatives like the one at Parker Elementary are happening at schools all over the country. I encounter stories like this almost daily. Kids are concerned about kindness and they’re taking matters into their own hands.

I had the tremendous opportunity and privilege last week to meet with a group of about 30 students from a high school not far from my home. They were part of the school’s “Climate and Culture” Committee and, along with their committee advisor, were looking at how, and why, to spread kindness throughout their school. In the hour I spent with them, I talked briefly about the benefits of kindness, the roadblocks, and the skills we all can cultivate to extend kindness and overcome barriers. Then, we engaged in a wide-ranging conversation, during which I heard some of the wisest observations I’ve encountered in the considerable time I’ve been talking with groups about kindness.

We talked about how kindness is often little things—gestures so small that they may seem meaningless or powerless to make any difference. Things like holding a door, smiling, saying hello, introducing yourself to someone you don’t know, sitting down with someone who appears to be alone. We all agreed that these seemingly small actions do make a difference. But one girl wisely said, “We always talk about how important these things are—and maybe they do matter—but why don’t we see those courtesies in our government leaders?” She went on to talk about the name-calling, the bullying, and the public shaming that’s modeled by so many in government—people who are “supposed to be setting a good example and bringing us all together.”

Others nodded as she added, “When we see their behavior, it’s hard to believe that our little kindnesses can make any difference.”

Several teens commented that being kind felt good and they hoped it was having an impact, but it was hard—it felt risky, and at times it felt “fake.” But they did it anyway.

A few commented on how important it was to hear other students’ stories—to see what hidden challenges they may be facing and not judge them on “surface stuff.”

Some also talked about how the things they say to friends—insults, put-downs, name-calling—aren’t unkind. “That’s just how we talk to one another.” But they also commented that they would never say those things to kids they didn’t know well. They recognize the difference between good-natured banter (even if occasionally profane) and abuse.

The word “courage” came up a lot. They acknowledged that extending kindness is not always easy, and that they risk being rejected, misunderstood, and judged. Think about that for a moment—those are hard at any age, but when you’re a teenager, being rejected, misunderstood, or judged is especially hard. That’s why the courage of these teens inspired me and also filled me with optimism.

I left feeling hopeful for the world. These young people will be entering college soon, then the workplace. I hope they will take with them their enthusiasm, their sense of what’s right and what’s wrong, their recognition that kindness makes a difference, and their courage to exercise kindness.

And I hope in the coming months—as we enter another contentious election season—we will listen to the wisdom of young people, we will think about what behaviors we are modeling for them . . . and we will be willing to learn from them.

“Being considerate of others will take your children further in life than any college degree.” (Marian Wright Edelman)

29 thoughts on “There May Be Hope for the World”