“The secret of living well is not in having all the answers, but in pursuing unanswerable questions in good company.” (Rachel Naomi Remen, MD) 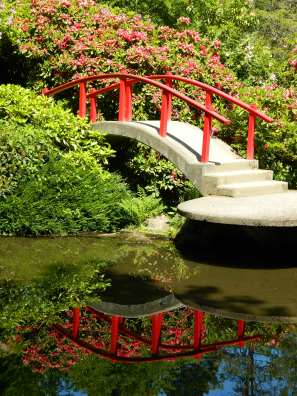 Since publication of A Year of Living Kindly last fall, I’ve had numerous opportunities to talk with groups about kindness. What an immense privilege! People aren’t shy about sharing their own stories of kindness, and the questions they ask are nearly always wise and perceptive. It’s like that with blogging, too—your comments invite me to see a different perspective, or sometimes they make me think a bit more deeply about my topic. And sometimes you make me laugh when I need it most.

I’ve noticed that often the same question will come up in talks and on the blog at almost the same time. It may just be coincidence, but it may also be triggered by a current event or a high-profile news story.

Recently, one question has surfaced repeatedly. The wording may have been different, but the meaning the same:

Such a provocative question: does everybody deserve our kindness?

I’ve dwelled on this question before and undoubtedly will again—especially as the coming year promises to be rife with bad behavior and incivility. It bears thinking about often—perhaps daily.

The simple response: It’s true that some people may not “deserve” our kindness, but being kind isn’t just something we do for others. We do it for ourselves, because that’s who we want to be. Letting a jerk’s behavior make us behave like a jerk surrenders our values and gives them power over us.

That said, in the interest of kindness to ourselves—and maybe to the planet—if someone is a jerk, we don’t have to engage with them. We can politely disengage or walk away. Unless, of course—as is often the case—that person is a relative, a client, or our best friend’s spouse. Then we courteously respond as needed and get away as soon as we can. We mustn’t minimize the importance of self-care, and reducing exposure to the true jerks in our midst is quality self-care. Plus, it serves others by not encouraging the jerk to spread his or her venom to others.

But, like most good questions, there are nuances. Is the person being a jerk because they’re just having a bad day and will likely regret later having been such a jackass? Or are they pretty much wedded to jerkdom 24/7? Some people think so little of themselves that they can’t imagine anything good about others, so they act accordingly. Sometimes it’s hard to know which we’re facing. If I suspect the former, I will try to be kind and hope a bit of compassion or empathy awakens them to their own behavior and they adjust their settings. In the case of the latter, I feel pity for the person, but also practice self-care and self-regard by extricating myself from their presence as soon as I can.

It’s so easy when we are confronted with rudeness to respond in a similar vein. And it’s not at all easy to absorb someone’s incivility and not lob it back. Even if we succeed once, that’s no guarantee that we’ll do so again the next time.

And then there are the dangerous jerks—the Holocaust deniers, the racists, the haters, the inciters. These people are not interested in civil interactions and we needn’t waste our time on them. Their minds won’t be changed by anything we say or do. However, they are fueled by our engagement and disagreement. It gives them a target; it makes them feel important; they are energized by battling with and belittling others.

Sadly, our current environment seems to be producing more of these people. But if we can be strong and resolute, and not engage with them, we deprive them of the fuel they need to spread their hate. We deprive their fire of oxygen. It’s hard and it takes practice. I wish more people would think about that before they engage with such people on social media. Engagement just increases their visibility—it gives them what they want most. Of course, our avoidance of these people comes with a stipulation: if they are hurting someone, whether physically or verbally, we need to act if at all possible. That may mean stepping in and standing with their victim, or it may mean reaching for our phone and dialing 911. History has taught us the danger of remaining silent in the face of oppressors.

We are entering a year that will test us in so many ways—as individuals, as a nation, and as people of conscience. I’m setting an intention—which I know I will often fall short of—to participate fully and wholeheartedly in civil discourse, while also refraining from engaging with those who seek not to converse, but to crush, deceive, or diminish.

The coming year is going to bring us many opportunities to practice kindness—so damn many . . ..

“Kindness is in our power, even when fondness is not.” (Samuel Johnson)

30 thoughts on “Does Everybody Deserve Our Kindness?”