“Unkind people imagine themselves to be inflicting pain on someone equally unkind.” (Marcel Proust) 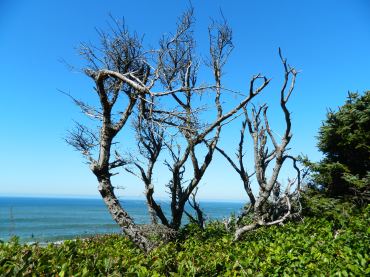 Recently, I was honored that Elephant Journal published an article I had written about countering the epidemic of incivility in our political discourse. A key point was that politicians and pundits are not going to change unless we stop fueling them. It’s up to us (remember that quaint notion of “we, the people”?) to repair what’s broken and restore civility. We do that by making it clear that we will not tolerate bad behavior.

Because the article included a link to my website, I’ve received a few very thoughtful comments and questions. One particularly struck me. A woman named Sophia asked me how, when we see someone behaving rudely or unkindly, can we confront them without coming across ourselves as condescending or ugly?

This is such an important question and it’s why—even understanding the benefits and importance of kindness—we sometimes still struggle to be kind.

Kindness is hard. It asks us to take a risk, one being that we might appear smug, patronizing, or judgmental. That doesn’t help advance kindness, and it may make us wary of stepping up when we encounter incivility.

So, how do we step up in a constructive way?

Even after studying and focusing on kindness for nearly four years, I don’t feel like I have a perfect answer. But I have thoughts and I bet you do, too. I’d love to hear them. Perhaps together we’ll identify some solutions to this important question.

I don’t think there’s a single “right” way to respond to rudeness or unkindness. A lot will depend on the situation and the individual we are dealing with. To someone being rude to us, saying something like, “I’m sorry you’re having a bad day; I hope it gets better,” might be enough to make that person stop and think about what they’re saying and how they must look to others. If we can say it softly and with no judgment, it may give them a way to get their emotions under control without feeling like they are being challenged or demeaned.

If we see someone being rude or abusive to another person, a gentle comment to the offender is likely to have little effect. It’s more effective to go and stand next to the victim and just say something like, “Hi, can I help?” With rudeness, that might be all it takes to restore some civility. If the comments are truly hateful and bigoted, adding something like, “Please be careful what you say; your words are hurtful and inappropriate,” may be worth a try. But, frankly, I doubt that would really deter a bully. It would, however, give us an opportunity to turn to the person being abused and ask, “Are you all right? Can I help?” and maybe walk away with them.

The strategy should be to confront the behavior, not the person. Saying “You’re a [jerk, bigot, a**hole, whatever] just incites anger and makes the *whatever* feel more justified in his behavior. Better to say, “When people talk that way, all I hear is the hate and fear behind their words.”

If the situation is such that you’re concerned for your safety or that of the victim, your best strategy is to try to help the victim get away and seek help immediately if that might put anyone in danger.

Unfortunately, there are some people who are simply not interested in civil discourse—they want to foment hate and it fuels them when people argue or try to change their minds. The best strategy for dealing with such people is not to. Walk away, don’t engage, don’t fuel their intolerance.

To others who express bigoted views, but perhaps do so out of ignorance or misinformation (there’s no lack of that these days), there might be occasions where we can have an actual conversation and ask them why they believe what they believe and then share, “That has not been my experience. Here’s how I see it….”  If they’re not open to a civil conversation, simply look that person in the eye and say, as kindly as possible, “My friend, you’re wrong.” And then prove it by how we live our lives.

In recent days, I’ve seen several articles musing on whether the climate of incivility that now surrounds us is our “new normal.” Whether having opened a floodgate of name-calling, deceit, blaming and shaming, it will remain permanently open. Or whether once the anomaly of Donald Trump is finally and blessedly behind us (and perhaps behind something else), we will return to a level of civility that may not have been perfect but at least did not entirely discredit us as humans and Americans. It’s up to us to determine the answer to this crucial question.

When it comes to bad behavior in politicians and their surrogates, as individuals we have little influence on their conduct, but if together we say, “These behaviors are unacceptable—as long as you’re engaging in them, you won’t get my time, my money, my vote, or my attention,” maybe that will get their notice. And then we need to support with our time/money/votes/attention the candidates who behave civilly. It’s going to be an uphill climb, but the alternative is to surrender to incivility.

I find it really helpful to remind myself that I don’t want somebody else’s bad behavior to trigger similar behaviors in myself. It also helps to remember that responding back in kind or putting someone down for their bad behavior rarely (if ever!) motivates them to change.

There are people who equate kindness with weakness. But the strongest among us are those who can be kind in the face of unkindness, who can maintain their values when aggressively challenged or attacked. It’s a strength unkind people don’t have and it threatens them. As more people choose kindness and model it—especially where kids can see it—the numbers will grow.

Lastly, it takes practice. It takes practice not to yell back when being yelled at, or not to name-call, or not to voice that perfect sarcastic put-down. A good way to practice is to imagine a situation that might arise and then imagine, as vividly as possible, how you would respond: how your voice will sound, what you will say, even how you might stand. Knowing in advance how you want to respond makes it a whole lot easier to actually respond that way.

What would you tell Sophia? What are the best strategies for confronting someone who’s behaving badly without being contemptuous or unkind?

“Be kind to unkind people—they probably need it the most.” (Ashleigh Brilliant)

24 thoughts on “Countering Incivility Without Being a Jerk”