“In my opinion, good energy—kindness, decency, and love—is the most transformative force in the world.” (Cory Booker) 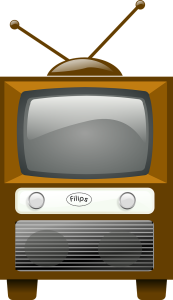 We don’t watch a whole lot of TV anymore, and when we do, it’s just as likely to be a vintage sitcom as a current show. Bill and I realized some time ago that there’s a lot of television other people say is top-quality—well-written, good acting, compelling stories—that we just don’t find enjoyable. And one of the reasons is that the characters are all rather unkind.

Our friends have raved about Sons of Anarchy, Breaking Bad, The Walking Dead, and several other top-rated shows, but I was turned off by the violence, and the fact that “good guys” were few and far-between. I know I’m probably missing some great stories and some tremendous acting, and perhaps even being stubbornly short-sighted, but if I listen to my gut—which rarely steers me wrong—these are not shows that serve the world I aspire to live in.

I’ll admit that I haven’t really given some of these shows much of a chance, and I may be basing my judgment on too little evidence. I like to think of myself as open-minded, so my obstinate refusal to watch shows that others—including critics—deem outstanding is somewhat unsettling. I’m reminded of the fact that I refused for five decades to eat broccoli, and then when I finally did, discovered that it’s one of the best things on the planet.

Still, if all the characters on a TV show are people we wouldn’t want in our house, chances are, we don’t really want the show in our house either. Take Seinfeld, for example. I know everyone loved Seinfeld and it’s probably sacrilegious to be saying that we didn’t. We watched for much of its first season—and saw that these weren’t especially pleasant people. They were not people we would want as friends, and, in fact, might be people we would go out of our way to avoid having to interact with. So, why were we inviting them into our home every week? The show was often funny, and funny is usually good, but this humor was frequently hurtful and mean: the main characters were smugly judgmental and mocked people with little justification, achieving laughs at the expense of others. After watching Seinfeld, we didn’t feel good or happy. We just wanted their energy out of our house. And it raised the question: does watching meanness make us more inclined to be mean, or make us more accepting of unkind behavior?

Likewise, we watched House of Cards for a couple of seasons—who wouldn’t want to watch anything with Kevin Spacey in it, after all? But, toward the end of the first season, we realized there was not a single likable character on the show. They were devious, manipulative, cruel, and immoral. It depressed us to wonder how true-to-life some of the political intrigues and plots might be. Despite great acting, the show was a downer and the characters were not people we wanted in our home.

That’s become something of a litmus test for us when we watch a new show. In addition to wanting quality writing, stories, and acting, we want there to be at least a few characters we can root for, people we’d love to live next door to or encounter in our day-to-day lives. The last thing we want to watch is a show populated with mindless Pollyannas, but a couple of intelligent and likable characters—even amidst a number of unpleasant ones—that will at least give us something or someone to champion.

Yes, we’re probably missing some great television, but we’ve got books, and Netflix, and reruns of The Dick Van Dyke Show—now that’s a group of people I’d welcome into my home any day!

Who are you inviting in?

“When I was a boy and I would see scary things in the news, my mother would say to me, “Look for the helpers. You will always find people who are helping.” (Fred Rogers)

“Out beyond ideas of wrongdoing and rightdoing there is a field. I’ll meet you there.” (Rumi) 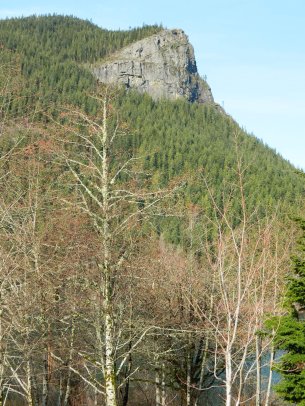 When my husband is sick, he wants to be left alone. He’s like an animal that crawls off to die in seclusion. I would like to fuss over him, fluff his pillows, mop his brow, croon “poor baby,” but that’s not what he wants.

When I’m sick, I like a little attention—not a lot, just check in on me occasionally, make sure I’m still breathing, and see if I want some ginger ale or a couple of choruses of “Soft Kitty.” Over the years, Bill has perfected exactly the right amount of solicitous attention to help me feel cared for but not smothered. A few degrees in either direction and I would feel either neglected or pestered.

That’s one of the challenges of kindness: learning to meet the other person’s needs and not impose your own.

It’s for this reason I’ve never been entirely comfortable with the “golden rule,” do unto others as you would have them do unto you—a sentiment promulgated by nearly every major religion. The problem is: what I may want in certain circumstances may not be what another person might want. If I always go by what I’d like, it’s quite probable I won’t meet the other person’s needs.

For example, I tend to be a fairly private, low-key person. As a rule, I don’t like to be the center of attention (the exception being when I have a microphone in my hand). I’m not comfortable with effusive thanks or effusive praise. But I know other people who are—who welcome it and thrive on it. Were I to follow the golden rule, I would treat them with the reserve that I prefer for myself. My preferences aren’t everyone’s preferences, though, and if lavish and unrestrained praise are what my friend craves, that really is what I want to offer him.

The “platinum rule” says treat others the way they want to be treated. That requires more mindfulness on our part, and an ability to be empathetic. We also risk guessing wrongly. “I thought for sure she’d like being serenaded by the high-school marching band for her birthday, but it turned out she would have preferred a quiet dinner for two.” Oops!

Another example: I don’t like surprises. They leave me tongue-tied and inspire a sort of “fight or flight” response. If something wonderful is coming my way, I want to know about it well in advance so I can savor not only the experience, but the anticipation of it. And, if it’s something not so wonderful coming my way, I want to know about that, too, so I can be prepared and have time to think about how I will handle it. I. don’t. like. surprises.

But I have friends who love surprises, and I would never deprive them of that pleasure because I don’t understand or share the attraction. Under the platinum rule, I consider their desires and help plan the surprise party or maintain secrecy about the big event to come. I may not agree, but I respect their preference and honor it.

This is probably easier to do with people we know well. After a few years (decades?) of trial and error, we understand their needs and wishes, we know how to please.

It’s harder with casual friends, colleagues and acquaintances. We may make the mistaking of assuming that what they’d like is the same as what we’d like.

It’s even harder with strangers. How on earth can we know what they want? I read a comment recently from a man who said he had ceased offering his seat on the bus to women, the elderly, or people who appeared to be disabled. After eight people refused his offer, displaying varying levels of offense that he thought they were incapable of standing, he resolved to keep his nose in his book and not offer again.

There’s no question that it’s awkward and uncomfortable when our attempts at kindness are rejected. I can also understand the point of view of the people who refused his kind offer—it may have made them feel weak, or challenged their independence. As I think about how I might react in that situation, I’m guessing I would probably refuse, too (though graciously, I hope), thinking I don’t need any special treatment and am perfectly capable of standing. The question becomes: is it kinder to accept his offer or to allow him to keep his seat? It all depends on your perspective. No wonder people abandon civilization and make their homes in hermit caves. It’s a whole lot easier than navigating social niceties in a complex world.

I wonder if there is a way to offer that makes it easier on everyone. Perhaps he could say, “I would love to offer you my seat if you would consider taking it,” while rising and offering his most dazzling smile.

Knowing that our kindness may sometimes be unwelcome shouldn’t deter us from extending kindness to the best of our ability and our judgment. It means never assuming we know what someone else wants, but asking. And if we are on the receiving end of misdirected or clumsy kindness, we need to be able to appreciate the intent, even if it missed the mark.

“Humans aren’t as good as we should be in our capacity to empathize with feelings and thoughts of others, be they humans or other animals on Earth. So maybe part of our formal education should be training in empathy. Imagine how different the world would be if, in fact, that were ‘reading, writing, arithmetic, empathy’.” (Neil deGrasse Tyson)